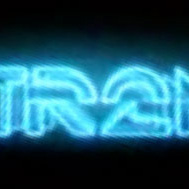 People who attended the Disney panel at Comic con apparently had the chance to see a very early preview of the next TRON film, called TR2N or TRON 2.

Now what does it matter to me ?

Well Tron was one of those movies that imprinted my mind when I was a child. It really gave us a glimpse of the future of graphics and by a set of coincidence (or is it ?) here I am some 20 years later working in a computer graphics related field.

Now the original movie didn’t pan so well according to some reports, even though it gained kind of a cult status, considered a precursor by people working in the field opening the road of the likes of Pixar, yet it had a weak script, a kind of unbelievable story, some cheesy 80s designs, but the magic was there nonetheless. I remember buying the novelization and staring at the pictures taken from the movie they were so incredible to me :).

So can you continue to impress so many years later ? With a bit of a chance the film will be given a proper script, and the many people who finally saw it through the reruns, the vhs and dvd releases will talk their peers into seeing it, etc so it might be a win or a big expectation for Disney this time. Of course computer graphics in movies are now the norm, so much that it’s worth mentionning today when a movie features some old school effects like stop motion, animatronics, prosthetics or any of the visual tricks that were used before.No matter what the work they put into the film it’s hard to see how the renewed graphics will impress the younger crowd. In the worst case scenario, Disney will use the movie as as way to push toys and video games. But we’ll see.

Now back to the trailer.

The teaser more exactly opens as a blue guy in the famous tron looking environment is being chased by the yellow guy.The game arena seems to have been upgraded to feature transparent grounds, as well as being now three dimensional, with many ways to pass each other. The blue guy seems to have an upper hand for a while but suddenly, the yellow guy manage to jump from a cliff, land just before him and close his path with a yellow wall. The blue guy crashes in slow motion and lands in a very difficult spot. The yellow guy approaches now off his vehicle, we see his face some kind of holographic projection in his suit, and as the blue guy says “Ok you win, it’s only a game !”, the yellow guy tell him “not anymore” and delivers a blow..In between the scene we see glimpses of what seems the real world where the familiar face of Jeff Bridges (Flynn in the original movie) looks at the scene from his desk. Fade to black, TR2N logo (see the image above).

The teaser while taken with a shaky camera in a very bad spot, is being chased down anyway by the Disney lawyers so you need to apply some search foo to be able to see it but it may be worth it if you were a fan of the first movie. Next images will not arrive before another year !